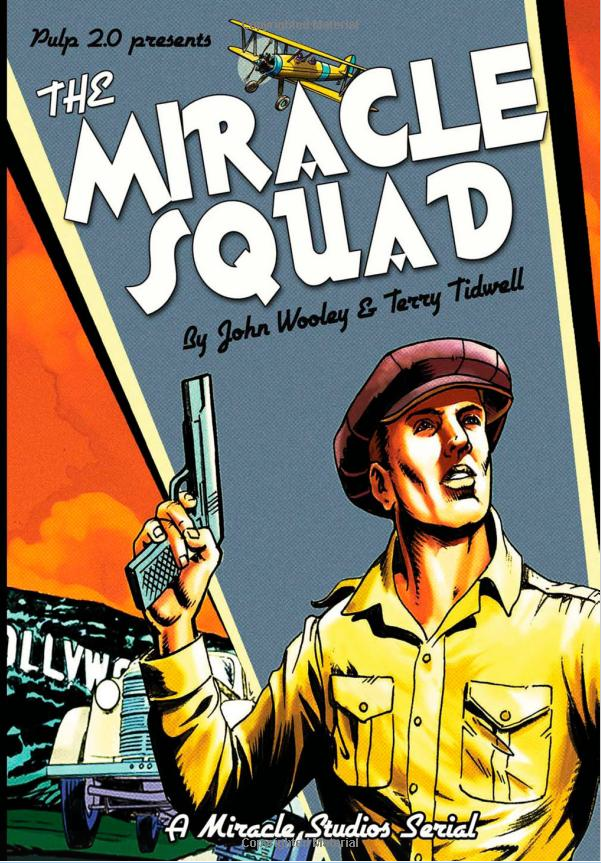 By John Wooley and Terry Tidwell

Here comes THE MIRACLE SQUAD, the 1980s indie comic that Pulp 2.0 has redesigned into a graphic novel. Thrill to the adventures of the cast and crew at Miracle Pictures, a poverty row movie outfit in 1930s Hollywood, as they use all of their skills at movie magic to thwart a hostile takeover by a local gangster who aims to launder his dirty money. Created by writer John Wooley and artist Terry Tidwell, The Miracle Squad was originally published in 1987 by Fantagraphics. It has never before been released in a collected format such as this edition. This collectors edition features: The original special preview and all four chapters. John Wooley’s original essay on the B-Movies featuring all new photos and illustrations from his personal collection. The original short story, THE RETURN OF MR. MYSTERY which featured the first incarnations of the Squad. Wooley casts the Miracle Squad serial with famous B-Movie greats from yesteryear. A gallery of images by Terry Tidwell showcasing the development process for the series. Many of these images have never before been seen. And much, much more! All in all, over 50 pages of bonus features sure to thrill fans of the series as well as B-Movie enthusiasts!