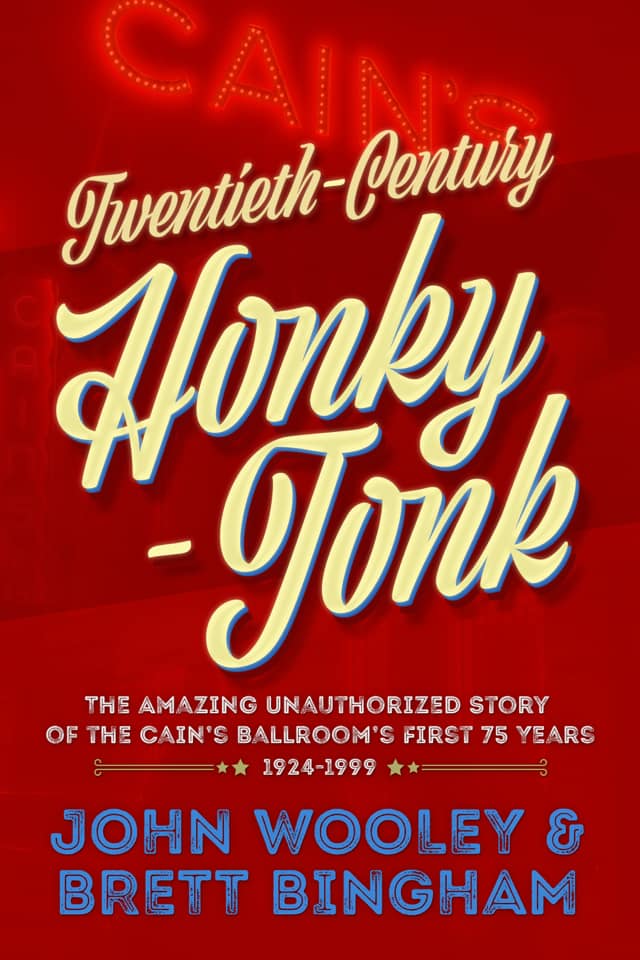 The Amazing Unauthorized Story of the Cain's Ballroom's First 75 Years

By John Wooley and Brett Bingham

It was supposed to be a car dealership. Instead, it became one of the most famous American music venues of all time…

Only one place in the whole world can claim to be both the Carnegie Hall of western swing and the penultimate stop on the Sex Pistols’ infamous American tour. Now, for the first time ever, all the secrets of the hottest honky-tonk of the 20th Century—Cain’s Ballroom—are revealed, in the words of the people who made it happen.

Spanning the famed venue’s first 75 years, from 1924 through 1999, Twentieth-Century Honky-Tonk tells it all, from Bob Wills and His Texas Playboys—who became a national sensation with their clear-channel ballroom broadcasts—to U2, the Police, and Van Halen—as Cain’s became an essential stop for breakout acts and cosmic cowboys. The book also covers cutting-edge alt-rock acts, metal bands, and off-the-wall attractions like ladies’ mud wrestling (which worked) and Pig Time Racing (which didn’t).