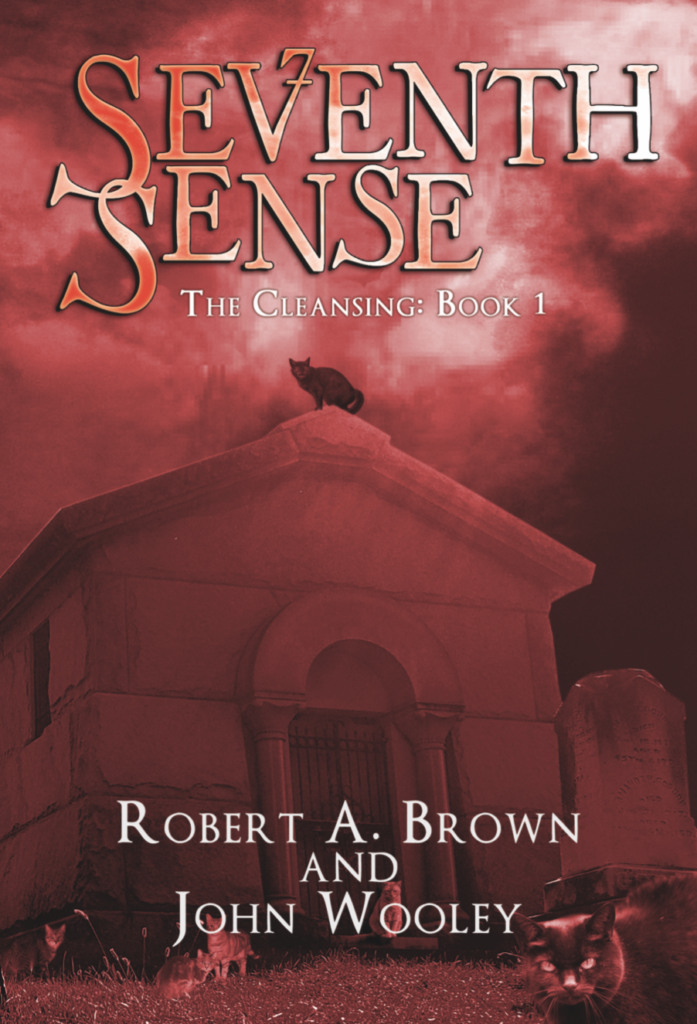 By Robert A. Brown and John Wooley

In 1939, as war clouds mushroom around Depression-era America, former Civilian Conservation Corps worker Robert Brown finds himself with a new government job— gathering tales from ancient denizens of the Ozark Mountains. Possessed of an extrasensory intuitive skill he calls his seventh sense, Robert is no stranger to magic or the preternatural. He is, however, woefully underprepared for the animalistic horrors he discovers on this assignemnt–and the ancient horrors he unleashes.”A thin line, indeed, between Arkham and Arkansas — between the Lovecraftian concept of a cosmically plagued village and The Cleansing and its view of a rustic Southern region infested with a species of compromised humanity that might give H.P. Lovecraft pause. Robert A. Brown and John Wooley, natural-born storytellers with a sense of history and its ghastlier undercurrents, deliver an account of compassionate determination in opposition to the most appalling material circumstances. The Cleansing will bear mentioning in the same breath with Lovecraft and Robert Bloch and Robert E. Howard, with as compelling a voice of originality as any such Architects of the Weird. And why does the termMachiavellian spring to mind when I hear the name of Mackaville, Arkansas?”— Michael H. Price, Forgotten Horrors