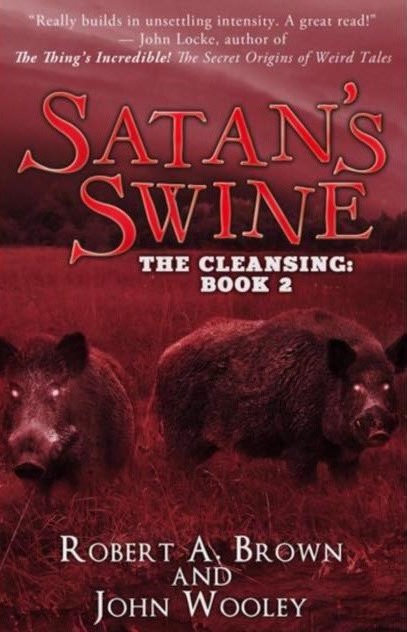 By Robert A. Brown and John Wooley

1939. Welcome back to Mackaville, Arkansas, a small town in the Ozarks where nothing is what it seems. Strangers are suspect. Animals are restless. And the townsfolk harbor horrible secrets.

WPA Folklore Project worker Robert Brown—the man with the extrasensory powers he calls his “seventh sense” — finds himself surrounded by black magic. After a brutal rattlesnake attack, Robert faces an invasion of feral hogs — including two who turn out to be more than animals. Unsure who he can trust, Robert escapes to St. Louis with David Garland Jefferson, a man obsessed by the unspeakable terrors of his past.

The unearthly horror continues in this second volume of the critically acclaimed trilogy The Cleansing. Robert must tap all his friends and every power he possesses if he hopes to survive the impending doom closing in on him—and everyone else in Mackaville, Arkansas.
Buy Now