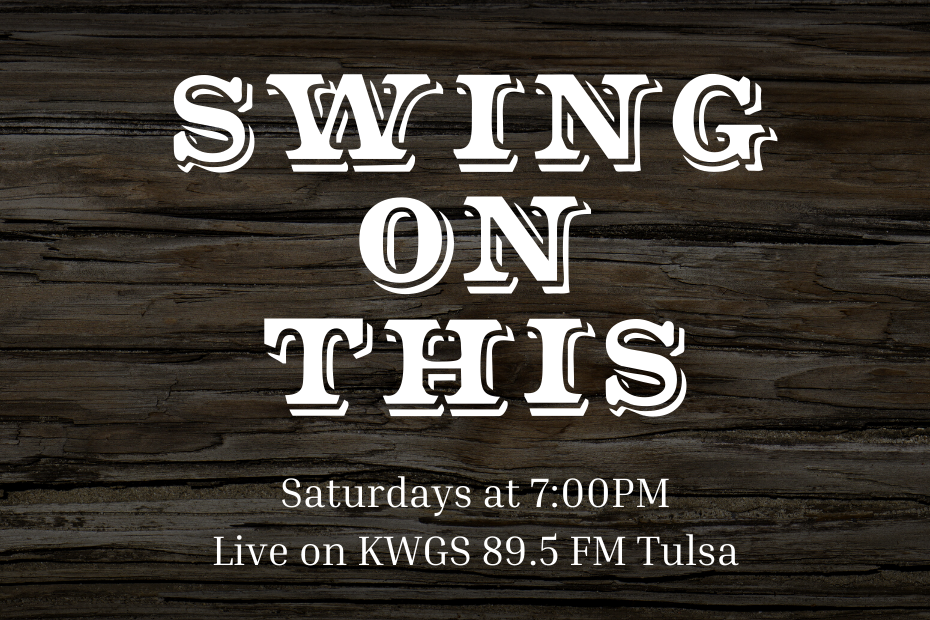 The votes are in, and “Shellacked,” the new SWING ON THIS feature that offers a weekly tune direct from the original 78 rpm shellac record, looks like a hit. For Saturday’s show, we’ll actually start off with the “Shellacked” entry for the week: 1947’s “Rose of Old Pawnee,” from Bob Wills and His Texas Playboys, with the McKinney Sisters on lead vocals. A bonus here is that you’ll hear the great steel guitarist Herbie Remington on that track, and I’m following it with one of Herb’s solo creations from about 20 years later.

I’ve also got the father-and-son duo of Johnnie Lee and John T. Wills, the former with a lively tune from the late ‘40s — sung by JL himself — and the latter doing a terrific rendition of an instrumental made famous by the likes of Glenn Miller and Jimmy Dorsey. It’s from John T.’s only album to date with his Sons of Swing, a crackerjack bunch of players who got together to create a wonderful disc back in the late ‘90s — engineered by the Grammy Award-winning drummer Dave Teegarden. I’d sure like to see another one come along from John T. and the boys.

Of course, there’s lots more on tap this week, so come on by and hear what it’s all about at 7 p.m. Tulsa time Saturday, coming to you over the air at Tulsa’s NPR affiliate KWGS, 89.5 FM, and live-streaming at publicradiotulsa.org

1. “Rose of Old Pawnee,” Bob Wills and His Texas Playboys