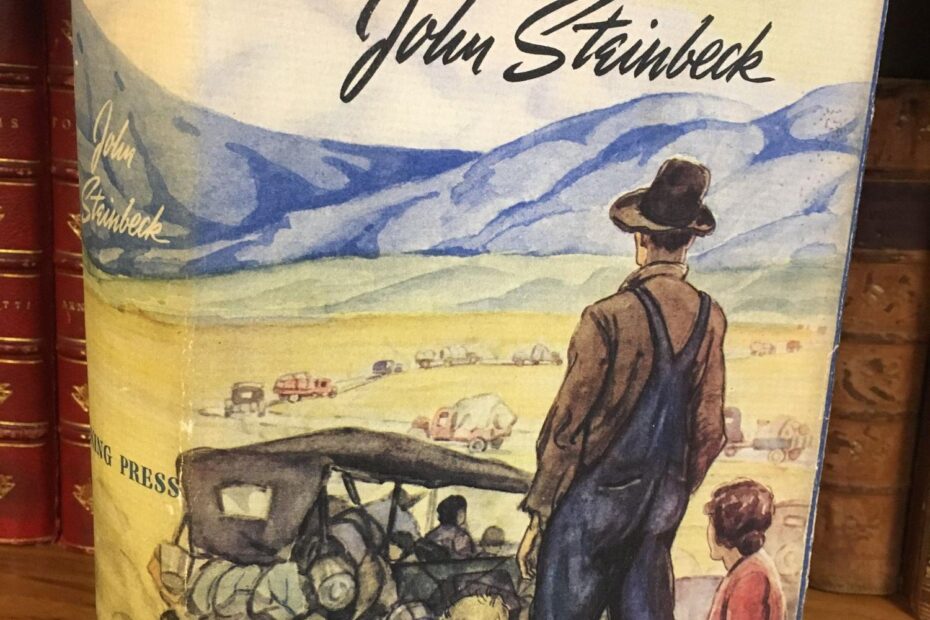 To her dying day, my mother could not understand my love of John Steinbeck’s work — especially GRAPES OF WRATH, which was published on this day in 1939. No matter how much I tried to talk to her about the shabby nobility and innate goodness of the Joads and their fellow Okies, she would always counter with how denigrating their portrayals were.
Of course, she had some skin in the game, having traveled from Oklahoma to California in the early ‘40s — not as a laborer, but to do clerical work. And I will never forget the time in 1962 when, while we were visiting family around L.A., she was stopped by a patrolman on the freeway who looked at our car tag and then had the audacity to ask her if she was coming to California to work. She didn’t mind the ticket he gave her so much; his question, on the other hand, she took as a personal affront.
Long ago, when someone who was then close to me wanted us to pack up and move from Oklahoma to California, I remembered GRAPES OF WRATH and refused, staying put with my people. It’s a decision I’ve never regretted.
Of course, that’s some of what great literature does. It can be both deeply personal and subtly instructive. As far as I”m concerned, both of those qualities positively radiate from Steinbeck’s most famous novel, today celebrating its 82nd birthday.