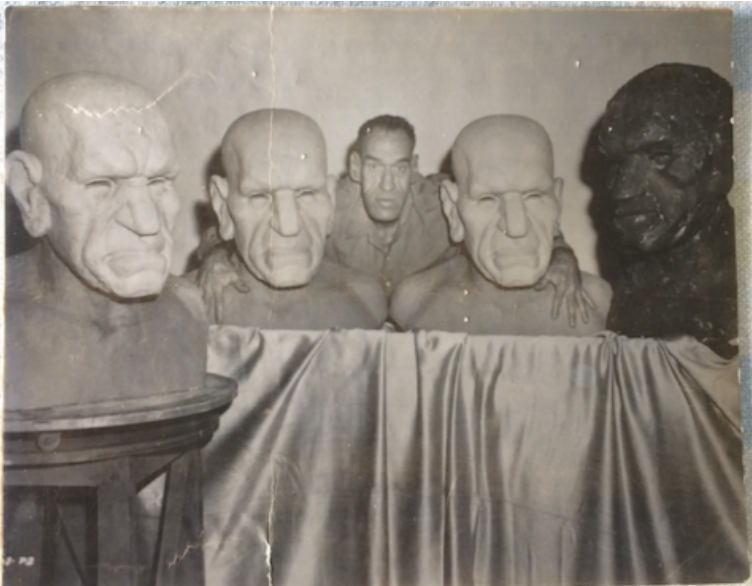 Long before there were the Rondo Hatton Classic Horror Awards, well in advance of the availability of old horror movies online, on DVDs, or even on VHS tapes, there were kids who could only dream about seeing the fright films and stars of a bygone era, which they knew about only from reading and collecting the so-called monster magazines of the time.

This would be the era of the late ‘50s into the ‘60s and early ’70s, when publications like FAMOUS MONSTERS OF FILMLAND and CASTLE OF FRANKENSTEIN were the only places a monster-crazy young person could find anything about those good old scary movies. If you’re not a stranger to this space, you know that I was one of those monster kids. And I have to say that today’s birthday boy, Rondo Hatton, was the first horror actor to reach iconic stature for me.

I’d read all about him in the monster mags before I ever saw him in anything. I knew that he had a pituitary-gland disorder called acromegaly, which coarsened his hands and his facial features, making him into a real-life monster. (But only on the surface. I once asked one of his co-stars, Kirby Grant, about Hatton, and he said he was a refined and literate man.)

Every new thing I read about him, every new Hatton photo published, made me long to see one of his pictures — especially one in which he played a character called the Creeper.

In those days, anticipation was a big part of a monster kid’s life. If you wanted to see a certain horror picture from the ‘30s or ‘40s, you had to hope it would eventually come along on late-night television. And, sure enough, I remember when KOTV in Tulsa finally showed 1946’s HOUSE OF HORRORS on its SHOCK THEATER program, with Hatton, as the Creeper, doing the murderous bidding of a frustrated artist (played by Martin Kosleck). I was maybe 10 or 11, and the first time I saw Hatton moving around on the TV screen, I felt as though I’d been hit by lightning.

I’ve been a fan ever since. Happy birthday, Creeper.