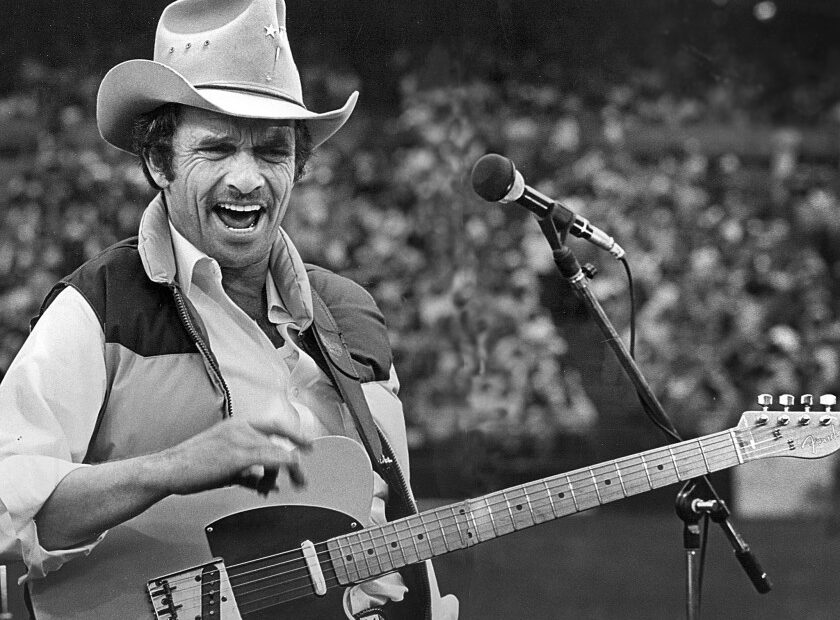 As the TULSA WORLD’s country-music writer for 23 years (from 1983 through most of 2006), I was privileged to see and hear many of our great veteran artists. I remain convinced that today’s birthday boy Merle Haggard — dubbed, among other things, The Poet of the Common Man — led the pack. As a songwriter, he was as solid as they come, and as is the case with any good poetry, each word he wrote had weight. When he was doing songs by other songwriters, he picked great ones, fashioning them into numbers that were unmistakably Merle Haggard. While I didn’t always agree with the things he was saying in his music, there was no doubt in my mind that he was always telling the truth as he saw it.

I was able to talk with Haggard a few times, and he struck me as a deeply melancholy guy. (My friend Eldon Shamblin, the great guitarist who worked regularly with Haggard, told me he was “the saddest cat I’ve ever been around.”) But I believe that was part of his art. My two favorite Haggard songs are practically drenched in melancholia: “It’s All in the Movies,” which he wrote, and “The Way I Am,” a Sonny Throckmorton tune that fits Merle’s persona perfectly.

In 1970, following his huge successes with “Okie From Muskogee” and “The Fightin’ Side of Me,” Haggard surprised just about everyone with his next LP — a western-swing remembrance of Bob Wills and the Texas Playboys called A TRIBUTE TO THE BEST DAMN FIDDLE PLAYER IN THE WORLD. It certainly wasn’t what most of his fans were expecting. But that’s the way Merle Haggard was.