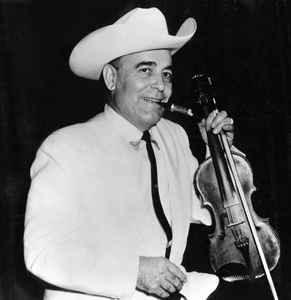 Today is the birthday of Bob Wills, the man who did more to create and popularize the wonderfully piebald music known as western swing than any other figure. Not that there weren’t some other great ones — Spade Cooley, for instance, along with Hank Thompson and Milton Brown, the latter one of Bob’s earliest collaborators as well as a top-notch vocalist and bandleader.

Over the past several years, a few knowledgeable western-swing aficionados have shown a marked tendency to give Milton more and Bob less credit for starting the whole movement. After all, the reasoning goes, Milton was the first to leave the Light Crust Doughboys — the Fort Worth-based act that featured both him and Bob, among others — and form his own early 1930s group, setting the pattern for all the western-swing bands to come.

Since much of this theorizing has come from south of the Red River, I’m tempted to say that the fact Milton did it from Texas and Bob did it from Tulsa — after leaving Texas — has something to do with the popularity of this notion. It’s probably true, however, that if Milton hadn’t died prematurely, as the result of a one-car accident in the spring of ’36, he might’ve rivaled Bob in popularity. We’ll never know.

What we do know, however, is that Bob, along with Milton and guitarist Herman Arnspiger (whom I had the pleasure of interviewing in the 1980s), was playing the hybridized kind of music that became western swing as early as the late ‘20s. In his book MY YEARS WITH BOB WILLS (The Naylor Company, 1976), Bob’s famed piano player Al Stricklin (with writer Jon McConal) tells about the three members of what was then the Wills Fiddle Band coming in to audition at Fort Worth station KFJZ somewhere around 1930. Stricklin was working there at the time.

From the book:
“`Boys, what kind of music do you play?’ I asked.
“`Different,’ said Wills. `The Wills Fiddle Band plays different.’
“Was it ever different . . . . I’d never heard anything like it.”

You could make a case for that trio being the originator of the “different” sound that came to be known as western swing. And when the Light Crust Doughboys, with Wills at the forefront, came along a little later, they continued to swirl all sorts of  “different” ingredients into their music.

Finally, in February of 1934, Bob brought his own band, the Texas Playboys, to Tulsa, where he kept experimenting with a myriad of sounds. And though the peripatetic musician would end up doing it from many different points on the U.S. map, he didn’t stop until his health failed him, some four decades later.

Every Saturday night, at 7 p.m. Tulsa time, we celebrate Bob and Milton and western swing on my radio show SWING ON THIS, heard over KWGS, 89.5 FM in the Tulsa listening area and streaming live everywhere at publicradiotulsa.com. And as long as I’m doing the show, a tune from today’s  birthday boy will always be the first number you hear.