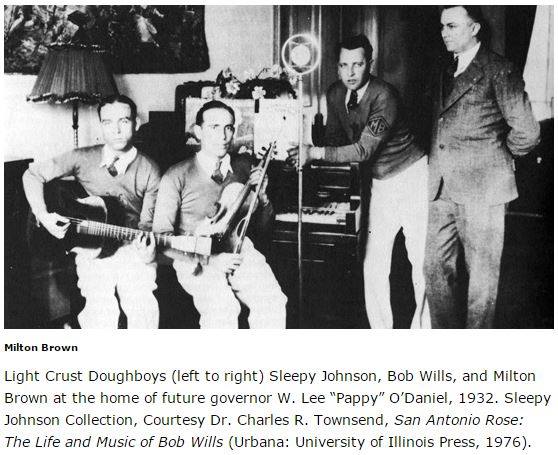 Today is the birthday of one of the pioneers of western-swing music, Clifton “Sleepy” Johnson, a very early member of the Fort Worth-based Light Crust Doughboys, the pioneering band that spawned both Bob Wills and His Texas Playboys and Milton Brown and His Musical Brownies. Adept on banjo, guitar, and fiddle, Johnson actually married his wife Elnora, aka “Sally,”  during a Light Crust Doughboys broadcast in 1934.