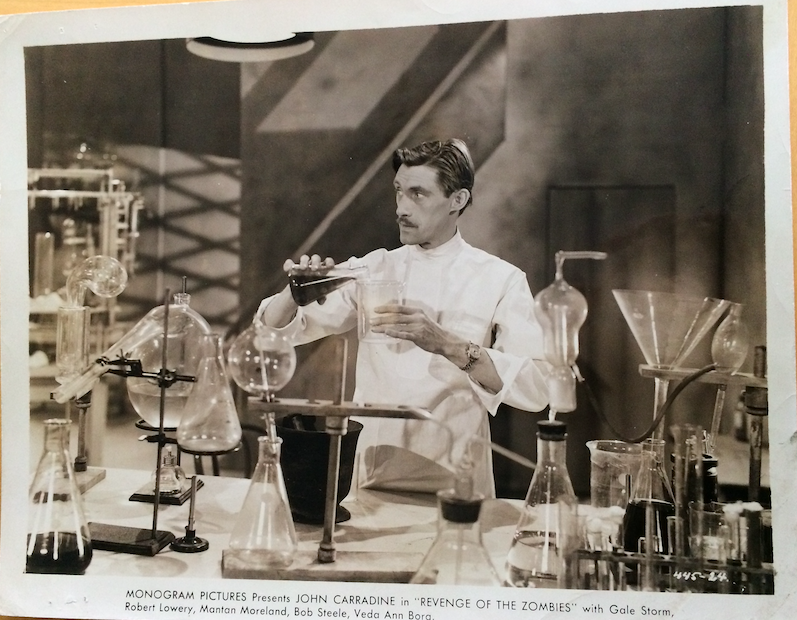 I’ve often told people that our birthday boy today, John Carradine, is the only celebrity I ever encountered in my 23 years on the TULSA WORLD’s entertainment beat who actually intimidated me. And I’ve written many times before about his coming to Tulsa to shoot a film called REVENGE, my experiences on the set, and how I couldn’t stop saying how glad I was to meet him.
It’s not that he was mean-spirited or TRIED to be intimidating. In fact, he was enfeebled and near the end of his life when we met. It was just that his sonorous Shakespearian voice — which he still possessed — took me back to the thrilling childhood nights I spent watching old Universal horror movies on KOTV’s SHOCK THEATRE.  Carradine was my favorite Count Dracula, and one of the very first actors I ever idolized.