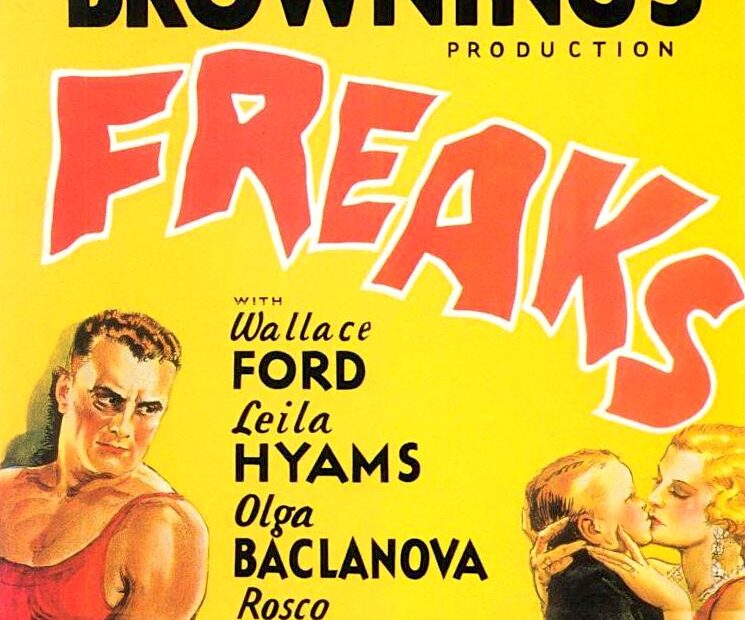 On this date in 1932, a feature film from the prestigious MGM Studios called FREAKS hit America’s theaters —  to MGM’s almost immediate regret. This tale of life and love in a touring circus, directed by DRACULA’s Tod Browning, was a horror picture like no other, its use of real circus freaks far to gruesome for audiences of the time. It pretty much wrecked Browning’s career, and it didn’t do MGM much good, either; the studio almost immediately pulled it from release. For many years, the only way a person could see it was to catch it at a roadshow presentation given by some exploitation-film distributor. (Dwain Esper, for instance, the man who gave the world such pictures as MANIAC and SEX MADNESS.)
Since I first encountered it some 50 years ago at a midnight movie in Oklahoma City, FREAKS has been one of my very favorite pictures. In the late ‘80s, I read in a horror-movie fanzine where one of its cast members, Johnny Eck — the “half-boy” in the film — had been robbed at his apartment in Baltimore and lost pretty much everything. The publication included a mailing address in case any of his fans wanted to send him money. I fired off a small check, and it wasn’t until sometime later that I realized I would get a Johnny Eck signature on the check. (This was back when the bank sent you all your canceled checks every month.) I dug out the document, and sure enough, there it was — the autograph of Johnny Eckhardt (his real name).
It remains one of my prized possessions. 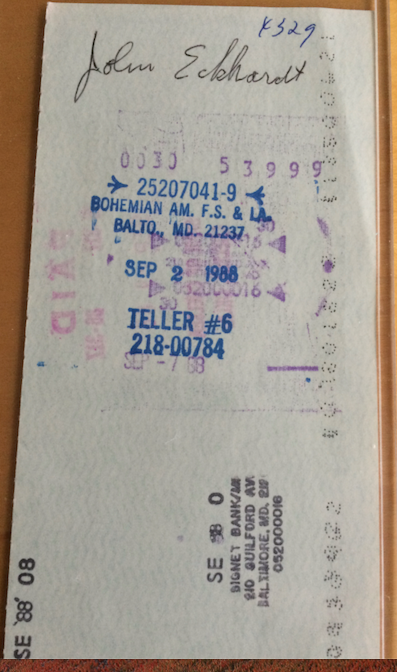