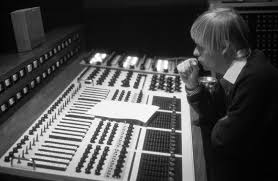 Greg Renoff is a top-flight Tulsa-based author who’s just collaborated on a book with one of the top record producers of the rock era. Subtitled A PLATINUM PRODUCER’S LIFE IN MUSIC and published by ECW Press, TED TEMPLEMAN tells the story of its subject’s musical forays, including his time as a member of the ‘60s pop-rock group Harper’s Bizarre and his later work as a producer instrumental in the careers of such superstar acts as the Doobie Brothers and Van Halen.

My OKLAHOMA Magazine column for June is built around an interview with Greg, who talks about Templeman’s life and work and how he got involved.

Because of a computer error, the last paragraph of the column was inadvertently lopped off in the print version of the magazine. My conscientious editor Mary Willa Allen has restored that paragraph for the online version, however, so you can get the uncut story right HERE.