Ralph Terry the Man with the Golden Pitches 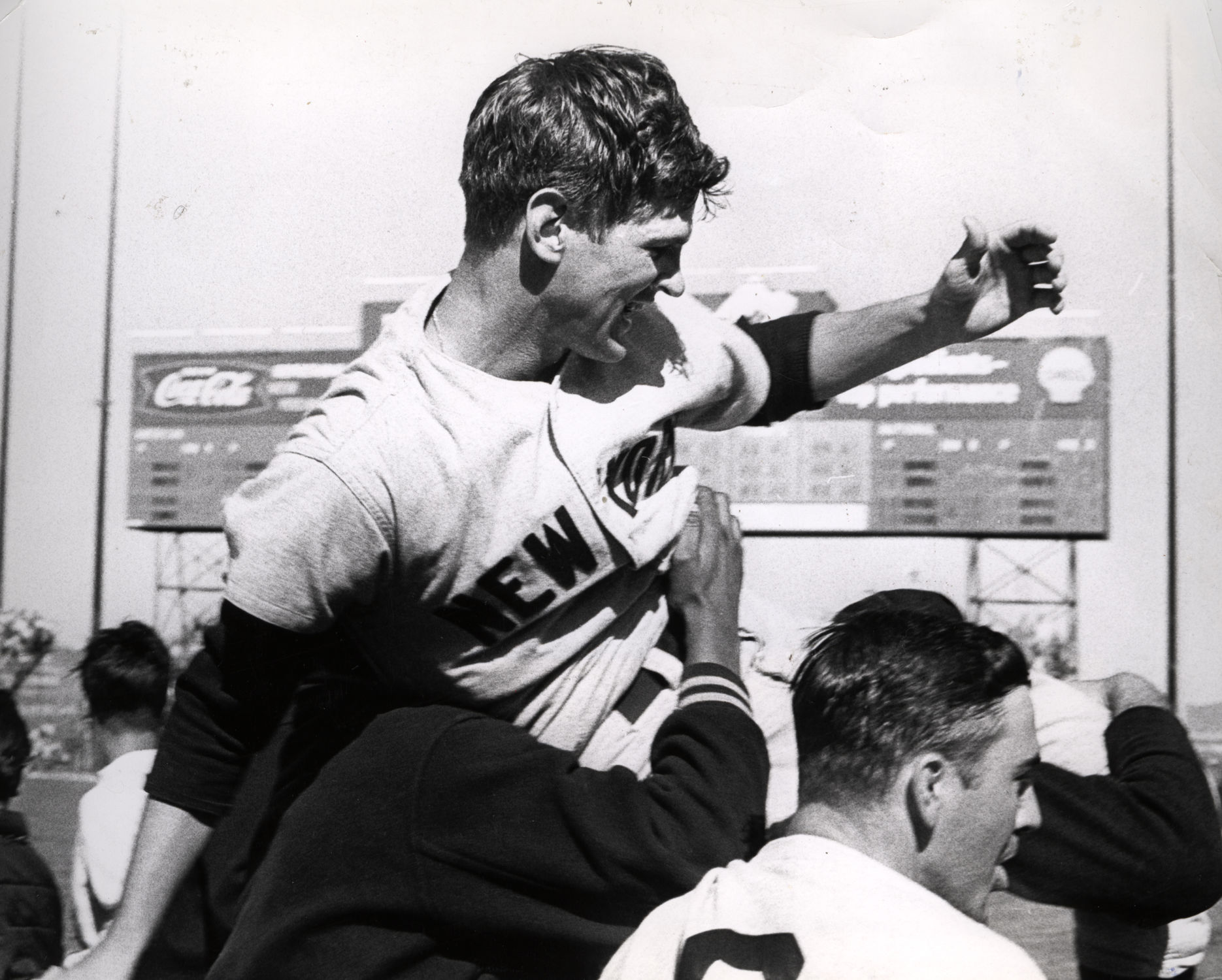 When I collaborated with Ralph on RIGHT DOWN THE MIDDLE, the story of his life in pro baseball and pro golf, I thought I knew quite a bit about him. After all, we both came from the small town of Chelsea, Oklahoma, and like many other Chelsea kids, I grew up absolutely idolizing him.

In those early ‘60s years when he was the top right-handed pitcher on the New York Yankees (which some have called the best major-league team ever), we were thrilled that a guy from Chelsea was making such an impact on the national stage. Our hearts sank when Bill Mazeroski hit the home run off him to win the 1960 World Series for the Pittsburgh Pirates, and we were elated two years later when Ralph not only won the final game of the Series against the San Francisco Giants with a four-hit shutout, but also was named the World Series MVP for 1962.

Because of those two games, I knew he was the only pitcher in history to have  been on the mound for the final pitch of two World Series Game Sevens — a distinction we cover in the book.
What I didn’t know, however, was the whole thing about the Golden Pitches.

Ralph got me up to speed during one of our recent telephone conversations, pointing me toward an article done for the BASEBALL RESEARCH JOURNAL by Wade Kapszukiewicz, a member of the Society for American Baseball Research. According to Mr. Kapszukiewicz, a Golden Pitch is one that has “the ability to win the World Series for either team.”

He writes that under the best-of-seven-games World Series format, “a Golden Pitch can only be thrown in Game Seven of the World Series and only in the bottom of the ninth inning when the road team has the lead,” or in the bottom of an extra inning with the road team on top.
Obviously, these don’t come along very often. In fact, out of the 50 million or so pitches that have been thrown since the first World Series (in 1903), Mr. Kapszukiewicz estimates there have been between 36 and 40 Golden Pitches.

What’s so amazing is that 12 of them belong to Ralph Terry, every one of them coming in the Seventh Game of that 1962 World Series. “It’s just about as much pressure,” says Ralph, “as you could ever have on any pitch.”

His 1960 and ’62 World Series experiences are explored in depth in RIGHT DOWN THE MIDDLE, along with the rest of his remarkable life. For those needing a baseball fix, especially in these baseball-deprived times, RIGHT DOWN THE MIDDLE makes for fascinating reading, if I do say so myself. It’s available in both downloadable and hard-copy formats at amazon.com, barnesandnoble.com and other online outlets.